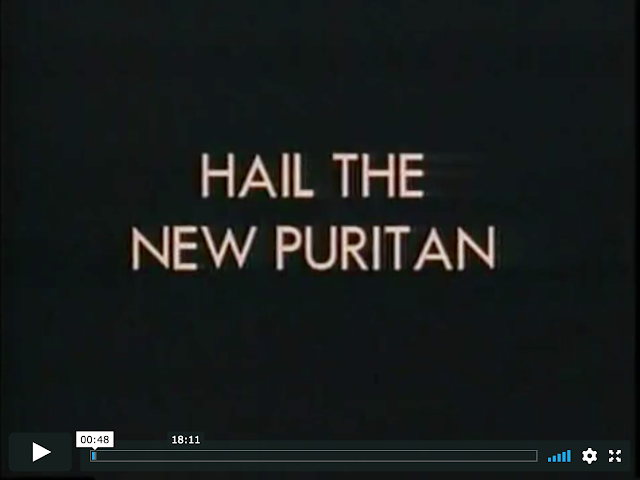 Exhuberant and witty, Hail the New Puritan is a simulated day-in-the-life "docufantasy" starring the British dance celebrity Michael Clark. Atlas' fictive portrait of the charismatic choreographer serves as a vivid invocation of the studied decadence of the 1980s post-punk London subculture. Contriving a faux cinema-verite format in which to stage his stylized fiction, Atlas seamlessly integrates Clark's extraordinary dance performances into the docu-narrative flow. Focusing on Clark's flamboyantly postured eroticism and the artifice of his provocative balletic performances, Atlas posits the dance as a physical manifestation of Clark's psychology. From the surreal opening dream sequence to the final solo dance, Clark's milieu of fashion, clubs and music signifies for Atlas "a time capsule of a certain period and context in London that's now gone.

Get Rid of Yourself

Get Rid of Yourself from zoo on Vimeo.

Get Rid of Yourself is a video-film-tract addressed to those who anonymously embody the return of political activism within Empire. While its initial sounds and images were filmed during the riots in Genoa, 2001, these materials are pulled apart and recomposed in order to locate the intensity of a shared experience, rather than producing one more documentary version of the programmed and hyper-mediatized confrontation of the G8 counter-summit. Elaborating a complex and rhythmic form of address via sound/image disjunctions, cheap video effects and performance, the film declares its own exile from a biopolitical space-time where nothing ever happens. The crisis it announces is the sudden return of history, but this time without characters or a story, and of a politics without subjects.

Provisionally aligning itself with the so-called Black Bloc' movement with the arrogance of its discourse as well as the force and style of their resistance Get Rid of Yourself is an encounter with emerging, non-instituted or identity-less forms of protest that refuse the representational politics of the official Left. Edited in the aftermath of 9/11 - a period of doubt, reflection and heightened security measures worldwide the film also attempts to measure the strange distance these events have crossed, and the increasing repression under which the feeling of civil war' has been buried in the meantime. A filmed essay that works by betraying its own form, Get Rid of Yourself tries to approach what is most open in an event, rather than capturing and completing it as something recognizable.

http://www.bernadettecorporation.com/getrid.htm
Posted by James Barrett at 11:25 PM No comments: Links to this post

"The ritual of people who come together, make a joint, smoke it, become high and have fantasies. Tajiri and his wife Ferdi figure in the film together with Hy Hirsch (an American abstract artist) and his wife. The film also contains "found footage" from movie journals. The film got a lot of attention at the time."

"I wanted to make a short documentary-style film about marijuana and hashish, psychoactive drugs that in 1955 were still relatively unknown to the general public. They were mainly used by a small group of artists, jazz musicians, intellectuals, and North Africans."

"I wanted to visualize the ritual of rolling and lighting up a joint, and then put a series of seemingly unrelated images next to each other to represent the feeling of being high. When the movie was finished, we took it to the festival for 16mm films at Cannes, and won the Golden Lion for ‘Best Use of Film Language." (Shinkichi Tajiri, Tajiri, 1993)
Posted by James Barrett at 6:38 PM No comments: Links to this post